The 2020/21 season of Asd Barletta 1922 starts well.
The main football team of the city where Dimac sas is based, official sponsor for the fourth consecutive season.
The red and white team brilliantly passed the first round of the Italian Cup of Eccellenza Pugliese, winning in the double confrontation against Audace Barletta, another team from the “Città della Disfida”.
After 1-1 in the first leg, Barletta 1922 made the qualification their own by winning the return match 4-0.
An excellent viaticum for the championship that will start next Sunday, even if the team coached by Francesco Farina will rest and make their debut on 11 October on the pitch of the City of Mola.
Dimac sas is alongside Barletta 1922 in this new adventure and there is great optimism that the sporting season will be full of satisfactions. 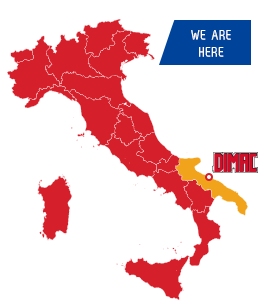